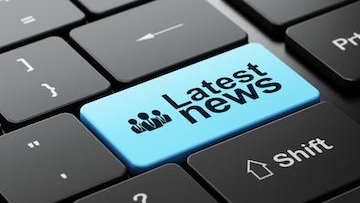 For decades, fluoride has been used by dentists to help strengthen your teeth. In addition, fluoride can be found in toothpaste and many communities’ tap water. This has helped reduce the number of cavities and similar dental problems in the US.

That’s why you should call our Phoenix, AZ dental office today at 602-353-7512 and schedule an appointment. Dr. Cavendish is highly trained, and he knows the value and concerns about fluoride. Rest assured that fluoride was, and still is, safe and good for your teeth.

Fake News Is a Problem Everywhere

You’ve been online. You know that there are a ton of stories, memes, and more out there that are fake news. They are either misguided, misinformed, or just looking to make money off you somehow.

Sadly, fake news has been a thorn in the side of dentistry for quite some time. When it was first announced that fluoride would be added to tap water, a few people proclaimed it was going to poison America. Decades have passed without such doom scenarios ever happening. \

How Fluoride Strengthens Your Smile

What does fluoride do for your teeth? Primarily, it helps three ways:

To put it simply, fluoride is great because it makes your teeth stronger. If you didn’t use fluoride ever, your teeth wouldn’t fall out or anything. But they would be easier to chip, crack, and get tooth decay.

Here Is The Truth About Fluoride

If fluoride has been proven to be helpful, why do some people think it’s part of a giant plot against us? Mostly out of a misguided attempt to protect people. Here are some of the myths (and truths) about fluoride.

MYTH: Fluoride is dangerous to humans.
FACT: Only ridiculously large amounts is harmful.

If you take a large dose of fluoride repeatedly, then yes, you will get sick. Even if you stay healthy, your teeth will get white flecks visible called fluorosis. There are even studies that show a very large amount of fluoride taken often can lead to a lower IQ score.

However, that’s if you take a large dose. For example, fluoride in US tap water is around 0.7 milligrams per liter. In those studies, people were drinking water with 8 milligrams or more per liter. That’s more than eight times what you get from a glass of water!

Some chemicals are bad and should not be in our diet. However, everything is technically a chemical, even plain water. The thing to remember is this: Fluoride is a completely natural mineral. Not only is it natural, but it’s also found in drinking water all over the world.

That’s how dentists discovered fluoride’s beneficial properties. People who drank water with natural fluoride in it had much fewer cavities. Later scientific research confirmed this.

MYTH: Fluoride is dangerous because it’s used in rat poison.
FACT: There are many types of fluoride, and the ones you get are perfectly safe.

It’s true that one version of fluoride is used in poison. But think of it this way. Do you need water to survive? That’s a form of oxygen — good old H2O. Would you eat a big bowl of rust? That’s another form of oxygen called Fe2O3. Does that mean oxygen is bad for you?

A type of fluoride called FCH2CONa is dangerous. In tap water, toothpaste, and fluoride treatments, you will get H2SiF6 or Na2SiF6. You don’t need a degree in chemistry to see that those are very different. The version of fluoride you get is perfectly safe for you and your family.

Fluoride is a great way to keep your teeth healthy. However, it’s no substitute for regular dental cleanings and dental exams at our Phoenix, AZ dental office. Call us TODAY at 602-482-2785 or use our convenient online form to schedule your next appointment.

Back to the top